Hopp til innhold
Visinnovasjon.no > Aktuelt > – Connect with designers as early as possible! IMR-scientist Browman advice to inventors
Howard Browman is scientist at the Institute of Marine Research and inventor of the Salmon Lice Trap. Last year the project was awarded NOK 250 000,- earmarked design through a new funding established by The Research Council FORNY2020 programme and the Norwegian Design Council. The designprocess is now finallised, and Browman shares some of his experiences after a few months having cooperated with designers and launched the result.
08.06.2012

The Research Council FORNY2020 programme established a cooperation with Norwegian Design Council in 2011 about innovation and design. Their most important project so far has been the «Salmon Lice Trap», a commercialisation project at BTO. The funding awarded to the Salmon Lice Trap was a pilot project in the design programme.

In 2012, the design programme is continuing, and this August FORNY2020 announced that four projects have been awarded funding for design.

Click on picture and se interview with Howard Browman on vimeo 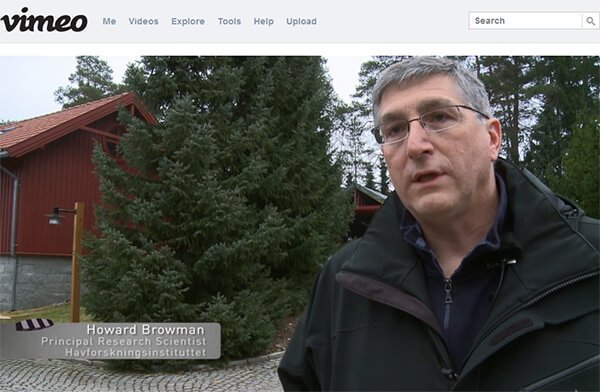