Hopp til innhold
Visinnovasjon.no > Aktuelt > New owner of BTO
NHH Norwegian School of Economics has joined in as an owner of BTO. – The ownership in and cooperation with BTO is an important part of NHH’s commitment to innovation and entrepreneurship, says Helge Thorbjørnsen, Vice Rector for Research at NHH.
27.05.2016

University of Bergen, Haukeland University Hospital, Institute of Marine Research, Bergen University College (HiB) and Siva agreed to bring in NHH as a shareholder in Bergen Teknologioverføring AS (BTO) during the General Meeting 23th of May 2016. 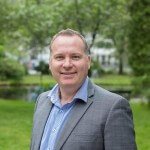 – We are very pleased that NHH now is a shareholder in BTO. This means that we have formalized agreements with all the major education and research institutions in the region, says Anders Haugland, managing director of BTO.

– The agreement represents exciting opportunities for cooperation that can provide growth. We believe that this will result in increased innovation in the region, he continues.

NHH is one of the leading business schools in Scandinavia. It is located in Bergen, and has 398 FTEs and 3500 students at bachelor and master level.

– NHH has, just like other universities and university colleges, a responsibility to commercialise research results and facilitate student entrepreneurship. We now have a complete infrastructure for this through BTO, says , Vice Rector for Research at NHH and member of the BTO board of Directors on behalf of NHH. 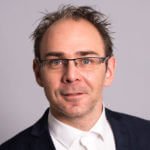 – BTO has a good and unique ecosystem for entrepreneurship and business development. NHH wants a close cooperation with BTO, especially in incubation, student entrepreneurship and internships. We also look forward to continue working with BTO and Nyskapingsparken in the different clusters in Bergen – like NCE Media and NCE Seafood, he continues.

NHH aims to be an international leader in selected research areas, and have recently announced that they are launching a series of new courses and education concepts to promote innovation and help ideas transform into global business ventures.

– The ownership in and cooperation with BTO is an important part of NHH’s commitment to innovation and entrepreneurship in the future, says Thorbjørnsen.