Hopp til innhold
Visinnovasjon.no > Aktuelt > New owners increase level of ambition
Bergen University College and Siva have both become shareholders in Bergen Teknologioverføring AS. This means a stronger presence and increased ambitions for innovation projects in the Bergen region.
23.09.2015

The University of Bergen, Helse Bergen and Institute of Marine Research have agreed to bring in Bergen University College (HiB) and Siva as shareholders in Bergen Teknologioverføring (BTO). Together they share the objective to make BTO into the region’s operative centre for knowledge-intensive innovation.

– We have now unified many of the key players within the field of innovation and commercialization of research and development in the Bergen region. In addition, we have brought in Siva which is an important national organisation. BTO will from now, even more so than before, be the tool and the arena that will help all participants reach their goals within innovation. BTO will expand its network and capacity. It will be easier for participants to cooperate on creating good processes and models, says Eivind Hansen, Chairman of BTO.

Through Innovest BTO will also manage over170 contracts related to clinical trials. This will provide BTO with a natural interface with most major and several smaller pharmaceutical companies.

BTO will also take on a total of six full-time equivalent employees and overall annual revenues in good balance of approximately 10 mNOK.

There are both strategic and economic reasons for BTO to bring in HiB and Siva as owners. The new ownership will strengthen the range of instruments available, cooperation between the institutions and make BTO able to be a more offensive organisation.

– Bergen University College sees that the Bergen region needs a central driving force for innovation. Today this responsibility is divided between several organizations, among them the Centre for Innovation at HiB and BTO. It is important to create a coordinated innovation system; it is therefore natural for HiB to take an ownership stake in BTO and transfer operations of Nyskapingsparken Inkubator to BTO. This will give HiB the opportunity to improve our commitment to innovation and entrepreneurship as a research and teaching theme. We want to include a reinforced effort on student start-ups and student incubation in cooperation with Nyskapingsparken, says Gro Anita Fonnes Flaten, Director of Research at HiB.

Siva facilitates innovation across Norway by building, owning and developing infrastructure for industry, start-ups and research environments. BTO has been their latest investment.

– BTO is an instrumental innovation player in the Bergen region. As strategic owner of BTO, Siva wants to help ensure that ideas from academia becomes commercialized, and that also the business community, including the vital cluster environments in the region, get a close interaction with BTO. We look forward to cooperate and contribute to make BTO into a powerful innovation platform that develops business, says Jarle Holberg, Head of Section for ownership at Siva.

Anders Haugland, CEO of BTO, is pleased that the number of owners has increased from three to five and that their ambitions for the company are high:

– The addition of new stakeholders is a realization of BTO’s long-term strategy. We have worked long and hard to make this happen, and it is with great satisfaction that we have reached a solution. We look forward to operationalize our new mandate and to ensure that BTO in an even greater extent is ready to take on the position as the strongest, most visible and most effective operational force in the ecosystem for innovation in our region. 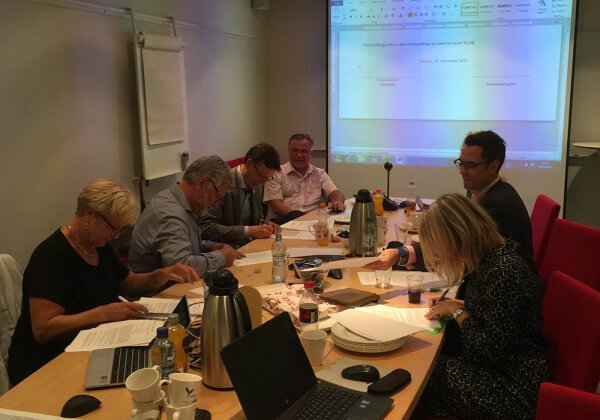